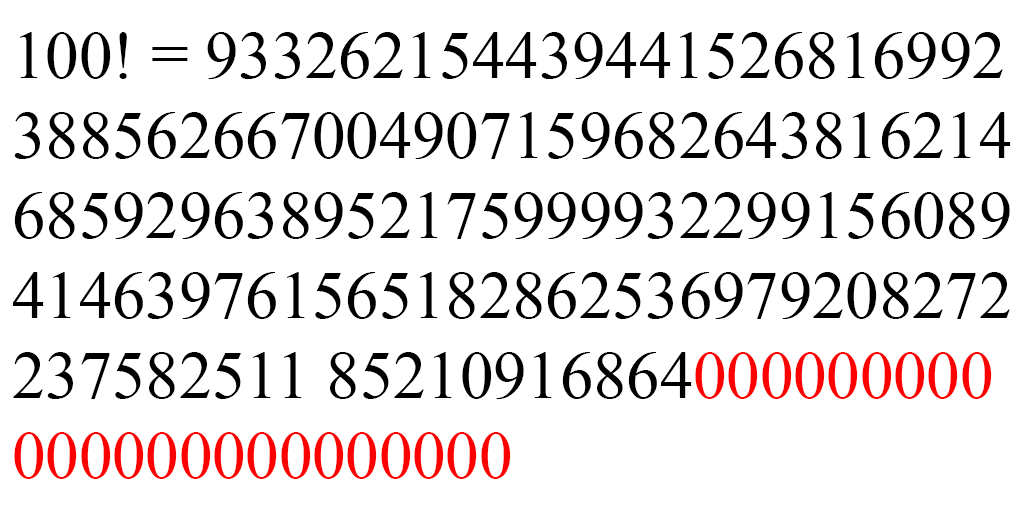 Since I’m bored to hell in programming class, my teacher, who is also my physics teacher, gave me the task to find out the trailing zeros of

. I then began searching for patterns in factorials starting from

has one trailing zero and

is the floor function.

which has six zeros! The heck? This contradicts our idea. Let’s investigate a bit further.

In a factorial, the amount of fives getting multiplied adds a zero. For example

. If we take a look we see that there are two 5s hidden here,

! So in that case, we find that there are six fives, because

But we are not finished yet, there is a pattern here and we should be able to define it for any

, the trailing zeros of

is the sum of

divided by all of its prime factors of 5.

has to be chosen such that

For example let’s calculate the trailing zeros of